We have had the pleasure of helping a number of families, customers and organizers deal with what most refer to, and what is commonly known, as hoarding. Some people do not prefer the term and think it is an ugly word, so we can also just call it an over accumulation of stuff, but regardless of the verbiage, it is a situation that needs adressed. The issue that becomes paramount is the health concerns that accompany trash and leftover debris. A customer called for Indianapolis Hoarding Cleanup and below is one picture from the challenge she had for us:

The situation was that the homeowner started out collecting, but after she had collected too much, organizing became a challenge. When she saw how much she had to organize it became overwhelming and eventually became a burden that just wore her down. Rather than look at the pile as a challenge to get organized, she looked at it as stuff and just started throwing more stuff at the pile because the stuff was bringing her down and she chose to ignore it. Eventually, it took over the whole house and the garage above was probably one of the more mild of the rooms.

As the picture above illustrates, we took care of the waste, unwanted items and leftover debris. While providing junk removal Indianapolis can trust, we also maintained our professionalism and ensured that we took the time to allow the customers to sift through the trash so they could find that valuables that were buried beneath them. The key to successfuly providing Indianapolis Hoarding Cleanup is being patient and not to get overwhelmed by the amount of clutter. You start with one room and take it a piece at a time. When you put in the hard work that is required, it eventually starts to fade away and the old space is revealed. Call for our screened, uniformed employees the next time you need this service and you won’t be disappointed!

Our Local Services Include: 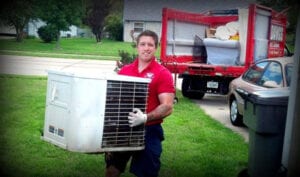 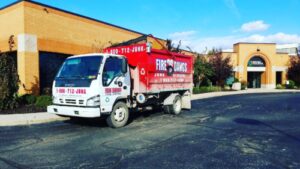 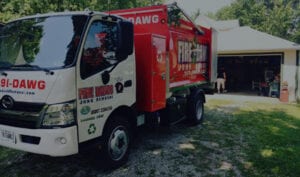 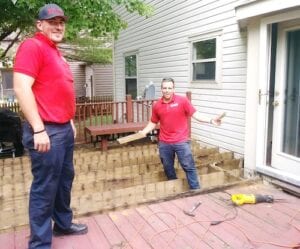 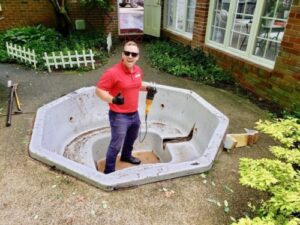